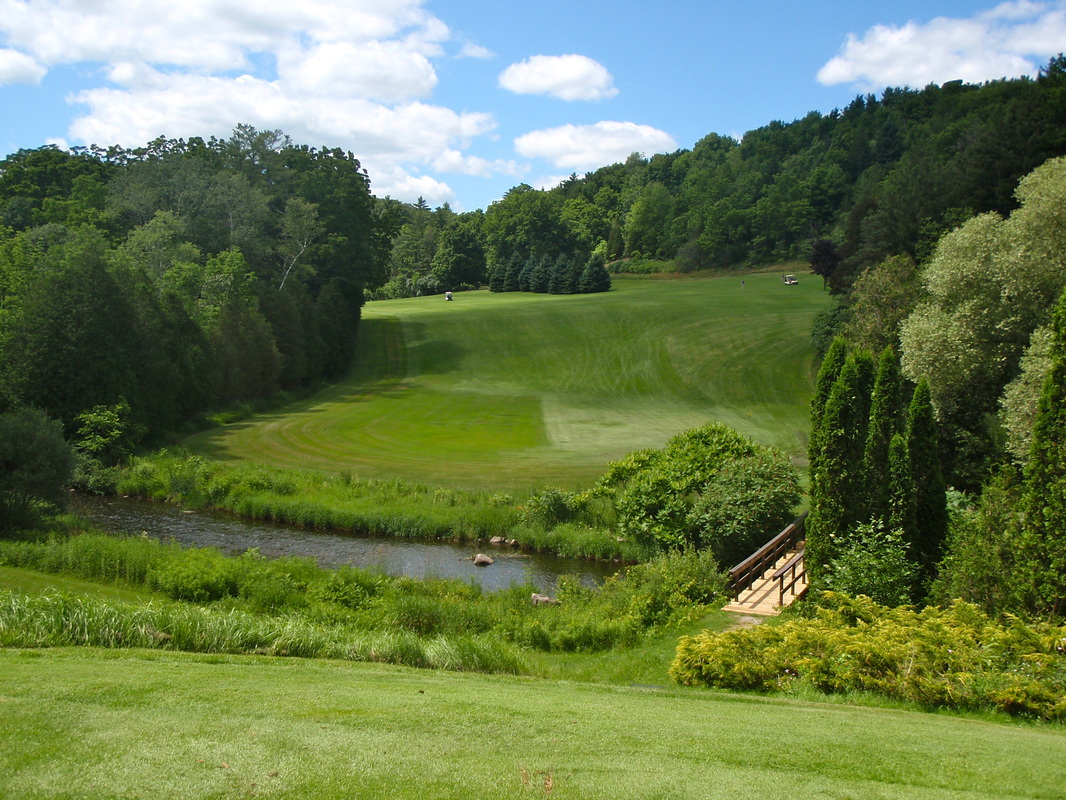 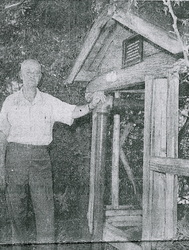 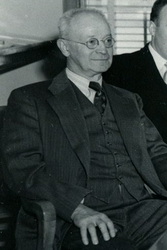 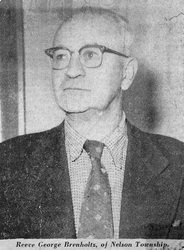 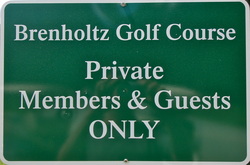 Later known as “Tiny” Brenholtz, he was born George E. Brenholtz on July 4, 1888 in Pennsylvania to parents Thomas and Annie. In his youth he went by his middle name Edwin according to censuses in 1900 and 1910. At age 21 he was working at the ironworks while still living at home with his parents. By age 28, his 1917 U.S. draft registration card shows him with a wife and one child and employed as a roller at the Forged Steel Manufacturing Company in Pennsylvania. He was married to Annie Taylor who was born September 3, 1890 in New York. He didn’t serve in the Great War as he came almost immediately to Canada. He began work as a roller at the Burlington Steel Company (later merged with Slater Steels in 1962 and now known as Hamilton Specialty Bar). Brenholtz worked at Burlington Steel Co. for 36 years and obtained two U.S. patents (in 1934 and 1944) for making solid metal balls.

From June 10, 1919, the Brenholtz family lived at 71 Barnesdale Boulevard in Hamilton. George and Annie later became Canadian citizens. There was one daughter Dorothy (m. Forrester and lived in Hamilton) and another Elizabeth (m. Williams and lived in Seattle, Washington). The only son was George E. Brenholtz Jr. born July 30, 1922. Later known as Ned, he enlisted in 1942 in the U.S. Air Force and as Lieutenant served as aircraft commander piloting a Liberator bomber in the Pacific war, earning a United States Air Medal in 1944. Ned died in Florida January 12, 1990.

In May, 1940, Brenholtz at age 51 bought the cottage at 6139 Cedar Grove, now at the corner of Grand Blvd across from the Clubhouse. It was the cottage of D.C. Flatt, the brother of W.D. Flatt. Brenholtz was to own the property for 27 years. D.C Flatt held the mortgage on 71 Barnesdale Boulevard and so likely was the one who introduced Brenholtz to Cedar Springs.

A year after joining the Club, Brenholtz was elected as a Director at the April 26, 1941 Annual Meeting and appointed Chair of Saturday Night Committee at the Board meeting that day. He was made Vice-President in 1942 and became President in 1943. His notable accomplishment as President was to form in August 1944 the first Membership Committee, which he chaired, to approve all new owners and renters. Serving three years, he ceased to be President at the May 4, 1946 Board meeting.

On May 23, 1942 Brenholtz was made Manager during off-season (outside July and August) at a salary of $100 per annum and it was reported that he was on the property daily until Christmas and most weekends during the winter. Brenholtz is probably the first member of the Club making year-round use of his Cedar Springs property as he sold the house at 71 Barnesdale on December 4, 1941 and henceforth was described as residing at Kilbride.

After he completed his term as President, Brenholtz continued as full Manager and was made Secretary (also a paid position) at the May 19, 1946 Board meeting. In 1949, Brenholtz also picked up the Treasurer job. This made Brenholtz the first Secretary-Treasurer and Manager and he continued to serve on the Board, positions he held for the next ten years. By 1952 he was also editor of the Bulletin (now known as the Cedar Post). In short, he was the Club’s senior staff person, performing many of the duties done by our volunteer Board members today.

Brenholtz was active in local politics. He was elected Councillor of Nelson Township for 1952 and 1953. He was the Council’s representative of the Burlington and Suburban Area Planning Board. In November 1952, the Club’s Board contributed $10 to the Brenholtz election campaign. At a November 30, 1953 nomination meeting, he was nominated to become Reeve of Nelson Township, a position equivalent to mayor. Two other nominees resigned their nominations and a third was deemed not qualified and so Brenholtz became Reeve by acclamation. He served as Reeve for 1954. The major accomplishment of the Council that year was to pass Nelson’s first zoning by-law and have it approved with minor amendments by the Ontario Municipal Board. At that time, before amalgamation, Nelson had a population of 11,407 while Burlington had only 8,834.

After serving on the Board of the Club for almost 19 years, in October 1959, Brenholtz at the age of 71 submitted his resignation as Secretary, Treasurer and Manager. It was accepted with regret at the November 13, 1959 Board meeting and a motion was passed noting the Club’s debt of gratitude. See excerpt from minutes: Brenhotlz Resigns Board 1959.pdf. The February 20th, 1960 Board meeting had set up a committee of Gerry McVean, Dr. Lamont and Sam Ferguson to determine how to show the Club’s appreciation for the service of Brenholtz over the years. They decided to name the golf course after Brenholtz. The dedication was made after the May 28, 1960 meeting of members. The minutes reported May 1960 Brenholtz dedication.pdf:

"G. E. BRENHOLTZ, ESQ.
This year’s Annual Meeting was given a very memorable flavour primarily because the Board of Directors had decided to officially name our Golf Club the 'Brenholtz Course'. Gerry McVean, our immediate past president, spoke very sincerely of the very outstanding contribution Mr. Brenholtz had made to our Community down through the many years he had been associated with it; and in making the official dedication wished both Mrs. and Mr. Brenholtz long years of good health and happiness. Mrs. Brenholtz was presented with a bouquet of roses by one of the youngest members of the Community.
G. H. McVean."

Although his resignation as Director was effective at the end of the May 15, 1960 Board meeting, he carried on as Secretary-Treasurer and Manager until a successor was appointed. That new appointment was now an annual one and short-lived as Brenholtz applied again for his old job but lost out at a Board meeting in January, 1962.  However, in 1962 he was called to a Board meeting after a controversial Sports Day to settle who was qualified in future to win the Brenholtz Trophy for “Best Boy”. Brenholtz proposed and the Board accepted that henceforth only children and grandchildren of owners could win the trophy.

Following the death of Andy Yeaman, Brenholtz was again made Secretary-Treasurer and Manager at $2,200 per year in 1966. However, on February 15, 1967 the Directors passed a motion to again accept with regret the resignation of Tiny Brenholtz for reasons of health. Now approaching 79 years of age, he sold his Cedar Springs property a short time later and moved to North Carolina.