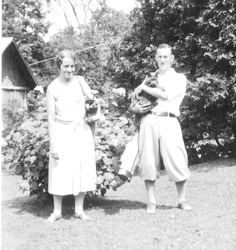 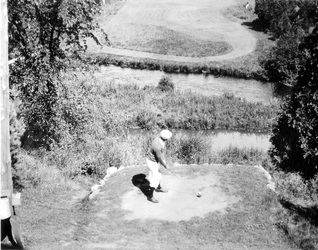 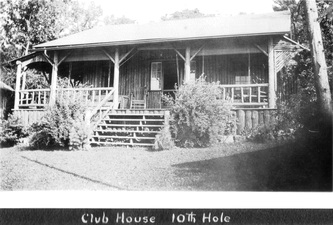 How Golf Got Started at Cedar Springs

In 1924, W.D. Flatt bought the Cedar Springs lands, including where the old Hamilton Powder Mill had blown up in the 19th century. Beginning in earnest in 1926, WD Flatt established "a camp where families of moderate means could enjoy themselves". Over the next several years, many bought cottages from him on the time payment plan. By 1932, there were 78 cabin owners that formed our Cedar Springs Community Club for the purpose of receiving the gift of the hundreds of acres of common lands from W.D. Flatt.

You’ll be surprised to know that the Club was not a golf club back then. Not all the cabin owners could afford to or wanted to play golf. So in the summer of 1931, a year prior to the formation of today’s club, the Cedar Springs Golf & Country Club, Limited was formed with initial capital of $3,500 and 35 stockholders, with the purpose of building a golf course. This represented fewer than half of the cabins and only those stockholders’ families would be able to use the golf course.

W.D. Flatt supported this enterprise by leasing 56 acres of Cedar Springs lands on a 20 year lease with rights to take water from Twelve Mile Creek. The annual rent was to be sufficient to cover realty taxes, initially $40 annually and later rising to $100. The Golf & Country Club built the golf course but not before having to borrow $1,100 ($16,000 today) from W.D. Flatt to complete the project.

In 1937, the Board of the Cedar Springs Community Club set out to look into amalgamating with the Golf Club. The benefits of amalgamating would be: (a) lower golf fees with 78 instead of just 35 members; cost savings of two clubs to be under one management; and better community spirit because, for example, children of non-members of the Golf Club could then play golf.

In 1938, members of Cedar Springs Community Club agreed to buy all the assets of the Golf Club in exchange for canceling the lease and extinguishing any other obligations between the two clubs. Mrs. Flatt forgave the $1,100 owed by Golf Club to Flatt Estate so long as four cottages owned by the Flatt Estate continued to be exempt from golf fees.

Cedar Springs Golf & Country Club was disbanded and in effect, stockholders of the Golf Club made a gift to community of about $100,000 in today’s dollars. From that point, members of the Cedar Springs Community Club paid a $12 annual assessment per cabin to play golf in addition to the regular $30 annual dues (together, $615 today).