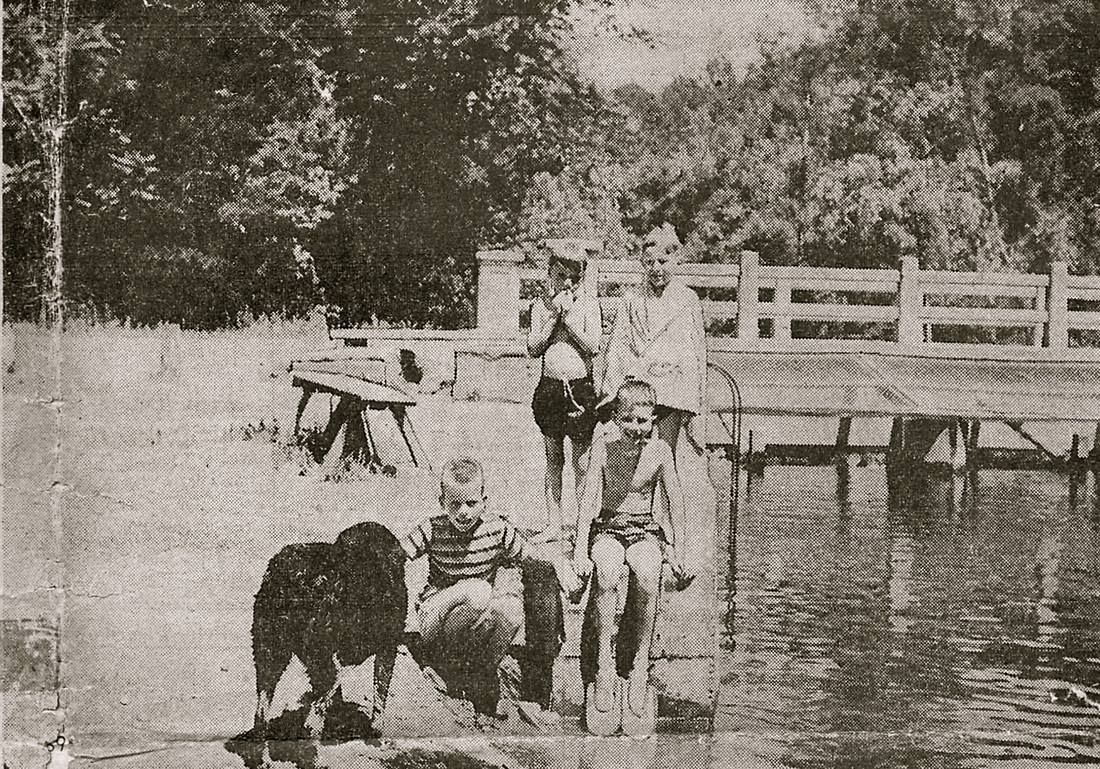 THE SWIMMIN’ HOLE - A group of children and the inevitable dog enjoy the facilities of “the old swimmin’ hole” at Cedar Springs, actually a well-kept pool of dammed up water on the Twelve Mile Creek.